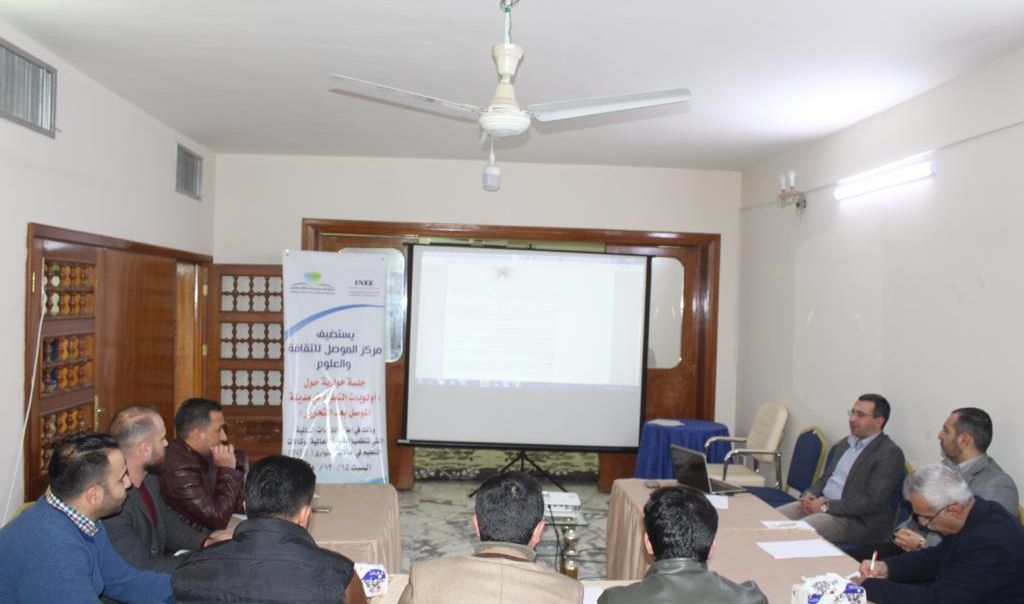 The Mosul Center for Culture and Science organized a workshop on education priorities in the city of Mosul after liberation, on 15 /December/ 2018, during which the needs of the city in the field of education were discussed by a group of university professors and teachers in the city of Mosul, the workshop concluded with the following recommendations :
1. Increasing school buildings to reduce momentum on existing ones.
2. Rebuilding the damaged buildings and preparing them to receive students.
3. Increasing the number of study hours to compensate for the suspension of education during the years 2014-2017 by increasing the number of hours of study at home through interaction with parents.
4. Developing the educational and administrative staff and training them on how to deal with students in the state of emergency through which the city has passed.
5. Developing curricula and teaching methods.
6. Psychological support for children who are psychologically shocked as a result of the liberation operations of the city.
7. Qualifying teachers and headmasters to deal with children who are  psychologically shocked.
8. Paying attention to the teaching methods which are motivating and funny for children.

9. Giving importance to the art classes such as painting, music and others in the curriculum.
10. Paying attention to providing a good education for children in displacement camps.