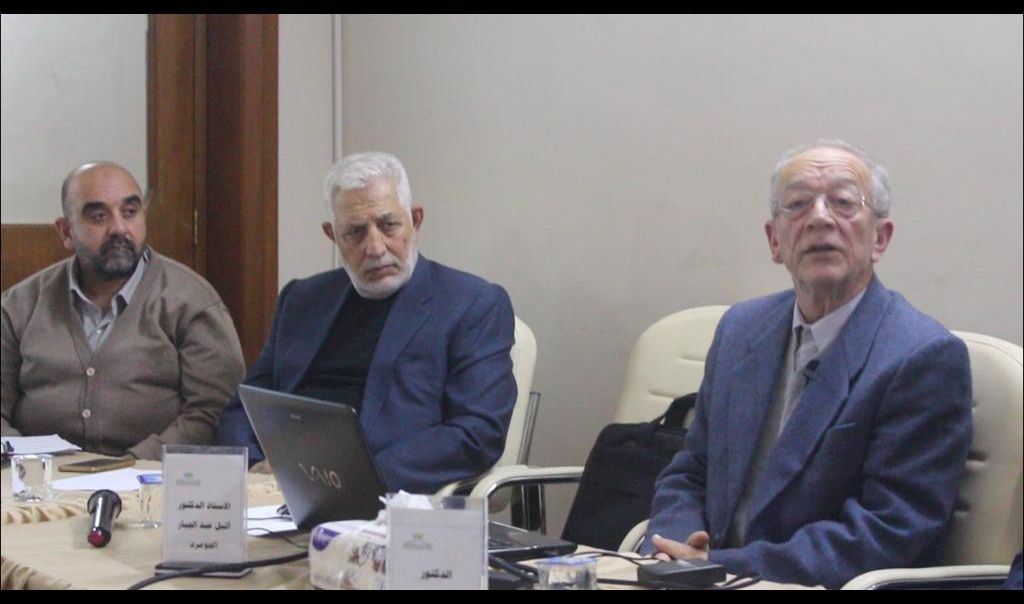 The Mosul Center for Culture and Science held  on 24/11/ 2018 a workshop to discuss a study proposal on living conditions in the city of Mosul which included four papers.
The first was an economic paper proposed by Dr. Atheel Abdul-Jabbar Al-Jumard in which he discussed the concepts related to the living conditions, the surveys that dealt with the living conditions in Iraq, the most important aspects that fit the study of the center, the methods of selecting the study sample, the characteristics  of the field researchers, and other scientific and technical guidelines required by the standards of sobriety and accuracy.
The second paper was a social paper proposed by Professor Mowaffak Wissi Mahmoud in which he called for the need to define the objectives of the study. He pointed to the impact of the disparity of living among members of the same family on the social relations among the members of that family, and pointed to the previous survey social studies conducted by the Department of the sosciology in certain neighborhoods of the city of Mosul. The thired paper was that of Dr. Ahmed Waad Allah, in which he focused on the importance of adopting the scientific methods in selecting the sample and the importance of psychological variables for living conditions.
Finally, a paper was presented on the importance of the security aspect on the living conditions.
Participants were then invited to comment on the proposed study.
The workshop conclu